…can only be shared when you keep it classy. 💁🏽

As I write this, I’m sitting on the balcony of my condo at the Signature MGM Grand resort in Las Vegas, Nevada. To say the past few days were a blast would be an understatement. The energy and what I now affectionately call, “the turn-up relief” was exactly what I needed. This may sound strange considering Vegas is not a travel destination known for relaxation, but escaping the day-to-day grind in Atlanta was enough to spark such a response. That’s the other part. Atlanta has become a very pretentious city. Being in Vegas on Fight Night with strangers from all over the world was like a breath of fresh Valley air!

For an introvert like myself, it was a great time to let my hair down and dance like no one was watching…which I did a lot of! I also got to take a break from mules and loafers, packing 70s inspired platform sandals and clothing for the trip. 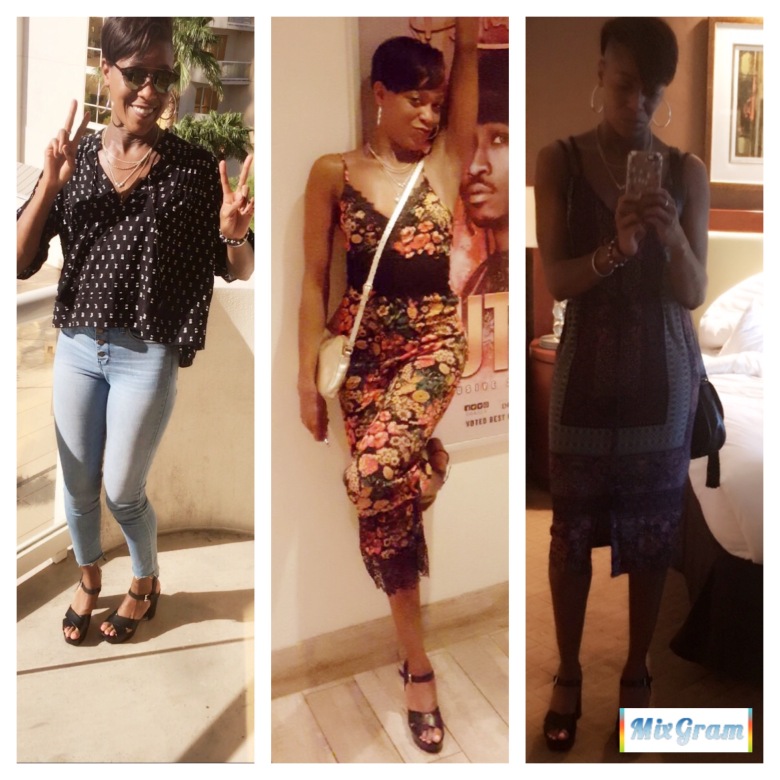 I’ve had such an amazing time that all I can think, as I prepare to leave, why would anyone say “what happens in Vegas stays in Vegas”?

I saw Zumanity by Cirque du Soleil at the New York-New York Hotel & Casino. The costumes were dope. You really can’t beat a show about sexuality in the City of Sin.

I visited the pawn shop from the hit TV show Pawn Stars. I attended Rick Ross’ pre-fight pool party at the Mandalay Bay. I attended Chris Brown’s post-fight party at Drias for an hour before a shooting happened outside the club…🙄. Still, I was in the building.

On a even better note, I was suffering from a major eczema flare up before leaving Atlanta. (Part stress, part stress eating). The quality of water and air in the Valley completely cleared my eczema. I even laid out in the incredibly dry heat and got some Sun rays just in time for Fall/Winter 17. Glow up!…

But now as I run down the list of things I did and places I visited while in Vegas, I realize I was flexing under false pretenses at the beginning of this blog post. There are a couple of details I won’t mention. I will, however, send a special thanks to two Lyft drivers in particular – one who saved my ass and the other who introduced me to Vegas casting life. I’ll also thank the guy who helped me after I fell down three stairs in Caesar’s Palace. 🤦🏽‍♀️ That’s all I’ll share. So I guess the statement reigns true no matter how classy one thinks they are…what happens here, stays here. That’s a fact!

Nevertheless, I’ll be back to complete my must-do list, which includes a tour of the Grand Canyon, the Madame Tussauds Las Vegas and to attend another live show. I didn’t expect to love Vegas, but I really do. Until next time.