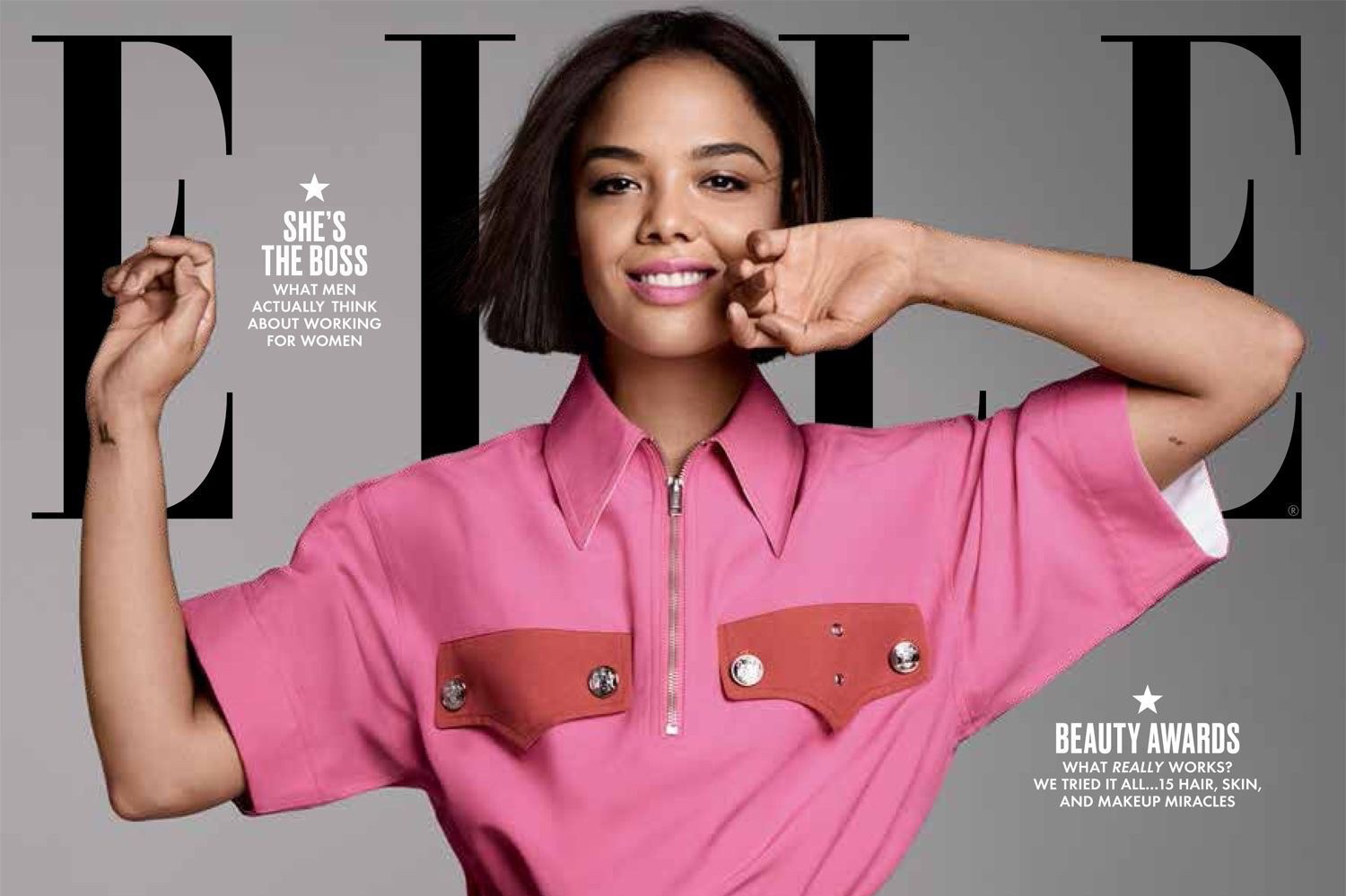 In a Vogue-driven world, we find our allies at ELLE.

The 24th edition of ELLE’s “Women in Hollywood” issue is out on stands. It features some of the biggest names making waves in the industry right now, including Cecily Tyson and Tessa Thompson to name a few. In total, eight women including Cecily and Tessa, graced their own cover. 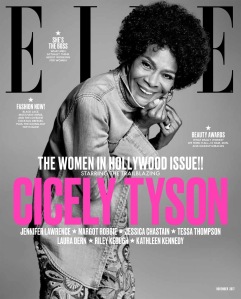 I saw Black Hollywood legend Cicely Tyson’s cover on Instagram before seeing any of the others. On it, she’s wearing a crisp denim shirt from Calvin Klein jeans, silk cloque pants from B. Michael Couture, large hoop earrings, a curly afro and a gorgeous smile. At 92, Cicely looks fabulous!

By the end of the week, photos of the eight different covers were all over social media. Cecily’s cover in particular gained attention from heavy-hitters like Ava DuVernay, Lena Waithe and Zendaya who shared with their followers, exposing to some and reiterating to others ELLE’s commitment to fair and balanced cover-age. Pun intended. It was a social win at minimum for ELLE, but I was compelled to purchase a hard copy to read further and I’m glad I did.

I have a true passion for print journalism. There’s something about ink that is so satisfying. I’ve enjoyed magazines since I was young and I’ve grown professionally to have an affinity for their editors. In fact, the “Letter from the Editor” is one of my favorite sections in any magazine. A well-written editor is able to package the entire magazine and serve it on a silver platter tempting the reader to want to read further. In this issue, ELLE‘s outgoing editor-in-chief Robbie Myers pens her last letter perfectly titled “Roll the Credits.”

She shares a touching story in her note. During her early years as an editor of a small magazine called Tell, Robbie secured Will Smith for the cover at the height of his early career following the successful launch of “The Fresh Prince of Bel-Air.” Surprisingly (or not), some of her colleagues said, “Black people don’t sell magazines” and tried to discourage her from running the cover. This situation was her introduction to racism. After receiving great advice from her publisher, she sent the issue to print with Will Smith on the cover and the issue sold well (as she knew it would). Twenty years later, Robbie writes:

“It’s fitting that I sign off with not just one, but eight amazing covers of game changing women who collectively and individually exemplify those ELLE qualities I’ve tried to promote as a steward of this great brand during my 17 years as Editor-in-Chief – grace, wit, power, intelligence, chicness and, above all, a generosity of spirit…”

Who knew that Robbie made such a huge decision at the start of her career? And how much more credible (and cool) is she now that we know she ran the magazine with the same integrity she exemplified that day in the meeting with colleagues? Most important, now that we know, how much more monumental are Cicely and Tessa’s ELLE covers?

As the movement for racial equality remains center stage, black women are tuned into headlines more now than ever. But I wonder how many of us are really paying attention, reading and thinking critically for ourselves. This cover is a small, but perfect example of how only consuming news through social media is detrimental because the news often loses its context. And print and digital coverage is different. It’s easy to share a picture and retweet a link, but I encourage everyone to read, dig deep and think critically. In a Vogue-driven world, we find our allies at ELLE. Contrary to what Donald Trump says, there are still good media gatekeepers out there.  Pick up a copy of this month’s ELLE and read Robbie’s letter. (You can’t find her letter online…yet). I wish her the very best as she heads home to spend time with her family.

A huge congratulations to Cecily Tyson and Tessa Thompson. Way to show the world that Black folks still sell magazines! I’m living proof because I purchased a copy. All hail the Queens! Do it for the culture. 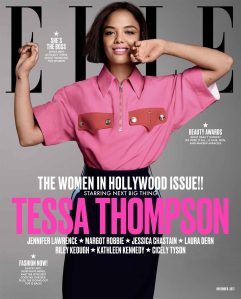